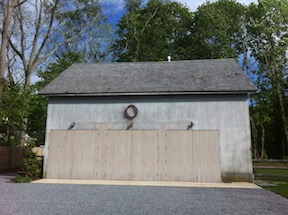 I hope everyone came out ok with Sandy.  We were very fortunate in Eastern Long Island, I think.   I grow increasingly worried, considering the general lack of preparedness, that if we do ever get hit by a real hurricane, it will be a doozy in terms of life and economic damage.

As for investing, I have been quiet the last few weeks.  My equity exposure has remained about 15% and so I have lost sa bit of money this month, but kept it fairly small.  I will publish the numbers after month end.

Speaking of month end, there are some gains from the dividend payers, for example ETN and more consistently MRK and the energy stocks.

I continue to believe these are the best way to build a solid equity portfolio.  I am a bit concerned that AAPL is going to be taken out to the woodshed after having been the darling for quite a while.  I continue to hold it, but we are now down to only slightly above where I bought it a while a go.  I am kicking myself for not selling when the stock was higher as even though the stock appears cheap based on earnings metrics, it's earnings are still susceptible to any disturbances in it's upward trajectory of growth.  Most of the market has serious gains in AAPL and combining that with the rising tax rates, it may be subject to a serious sell off in the near future.

After pondering some more I really like the Sprint (S) deal.  Like any merger arb deal it is a delicate dance and can be thrown off track, but I believe that the deal will pass muster with the FCC and DOJ and receive regulatory permission.  Assuming that, there is over a 20% return to a potential closing date in the middle of the year.    Downside risk is probably in the 10% range, but I place a low probability on that.  A key component is to make sure and elect to tender all of your shares for the $7.30 purchase by Softbank.  You may end up selling more than your expected 55% at that price (and therefore earn a higher return).  I have bought some and will continue to buy regularly with a goal of building a good size position in the 3% range.

I jumped in a bit late to the mortgage bond game with my purchase of NLY and recently AGNC.  I think these are both solid companies but they are leveraged in the mortgage market.  They have suffered recently with the idea that more people are going to refinance and that will put pressure on their margins.  Their yield is outstanding and I still think they are worth a position in an income portfolio.

GE is well off it's high and I think this as solid a company as there is and it pays a 3+% dividend yield to boot.  It along with CAT have been brought down by renewed concerns with global growth.   That of course is a concern but I think the rewards outweigh the risks for GE.

To balance the growth concern I have taken advantage of the sell off in treasury securities (TLT) and bought a bit.  While I don't think they are the best long term investment, I cannot see explosive growth (real or nominal) coming out of nowhere in the near future, so I think the bonds at this price point offer some protection from nasty surprises.

Posted by Mario Montoya at 7:43 AM No comments:

There has been much discussion in the press about earnings dissapointments coming.

In my experience, when the pessimism gets that high and stockks refuse to sell off, then we have a rally coming.  Call options are still cheap.  Dividend payers are still a good buy and will keep growing.  I have brought up my equity exposure to15% from a low of about 7% recently.  The options I bought would increase my exposure to the 35% level if we continue to rally.

Banks continue to show some improvements despite rate pressuring their bottom line.  This is a direct result of the balance sheet repair imported from the QE.  This effect is also helping homeowners with refinancing and companies for the same reason.

Bonds have come off a bit (TLT) and I think at these levels provide a reasonable hedge against the market selling off due to a surprise.  In addition, with the low growth environment and QE, I do not think there is currently a risk of bonds having a big selloff.  That will come in time, but not now.


A good article on ETF's and yield investing.  Please make sure you consider the premium to NAV when looking at funds.  MHN is one that I invest in and fluctuates considerably around NAV.  The issue with some of these is that it is hard to take advantage of fluctuations.  MHN for example, I wrote a few days ago that I was selling a bit when it was trading at a 5% premium.  I was correct, as it dropped to about a 1% premium, however, I only sold a small portion of what I wanted to sell because I impacted the price too much.  Even a few thousand shares of a stock that doesn't trade too much can have an impact.  So consider that as well when making your trading decisions.  Impact is why for me, this stock is a buy and hold and I only trade a small amount at the margin.

I am going to be taking a good look at the Sprint deal.  My first quick analysis makes it look pretty attractive.  The basic idea is that Softbank is going to be paying 7.3 for 55% and there will be some more support at 5.25.  With the stock trading at 5.75, the value for the remaining 45% seems to low to me.  It should be worthwhile looking through the prospectus.   Here is an article I found doing some of this analysis:

I updated September performance which I was quite happy with.  Outperformance attributed to stock selection versus the S&P as the dividend payers did well, except for LO, which is turning into a bit of a dog.  GE and VZ and KMB have continued to be stars.

Let's keep an eye on MHN.  I am starting to sell a little bit - 10% because the premium has reached over 5%.  A level that has proven difficult to maintain.  I think this is attributable to the market worrying about tax rates for next year.  The yield is still quite attractive - almost 6% tax free which is nothing to sneeze at!  But, I am trying to get a little cute and trade around - sell when the premium gets too large and buy some extra when it get cheap.

JCP is getting interesting again below 24.  If you recall, I liked it below 22.  After dipping to around 20 it rallied to around 29.  I missed the last dollar as I thought above 28 it was worth selling.  Well, as usual, as long as you can stay in the game, the market gives you new chances to make money.  This stock is turning into a bit of a canary in the coal mine.  Much like CAT with global growth.  Anything the threatens the macro environment will hit these stocks and vice versa.

I thought Mr. Bernanke's speech was quite good yesterday.  I think he is trying to do what he is charged to do with the tools he has at his disposal.  He has admitted previously that monetary policy is a blunt tool.   The consumer is still licking his wounds and pulling in overextended credit and the banks are still rebuilding balance sheets.  The best we can hope for is that we continue to rebuild and at some point we will be in better shape to expand.  Growth will continue to be slow and bond yields will stay low.  Stocks will still be subject to external shocks that would hit values but overall, they are a reasonable bet as corporations continue to get more efficient and benefit from low bond yields.


Posted by Mario Montoya at 7:58 AM No comments:

Mario Montoya
During the first half of my career as a derivative strategies portfolio manager, I gained great appreciation for the value of macro asset allocation decisions as well as the value of the broad array of tools available to implement decisions. Relentless focus on finding the lowest cost method to achieve an exposure has been a guiding principle in my investment career. The second half of my career was spent at a prestigious quantitative hedge fund which taught me the value of systematizing investment decisions. Cost minimization was again a prime focus. In addition to macro and derivative strategies, I have experience in Merger Arbitrage.